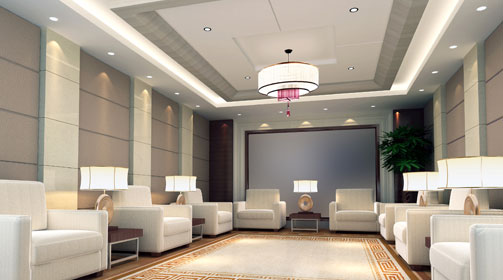 LEDs offer a number of advantages over traditional light sources.

LEDs…
• Offer 80% energy savings over incandescents.
• Contain no mercury, lead or other hazardous materials.
• Turn on instantly.
• Are dimmable.
• Last up to 100,000 hours (100 times more than an incandescent!).
• Do not emit ultraviolet or infrared rays during operation.
• Operate cooler.
• Do not burn out (they become dimmer after their lifetime).

LEDs, or light–emitting diodes, are semiconductor devices that produce visible light when an electrical current is passed through them. LEDs are a type of Solid State Lighting (SSL).

In a CFL, an electric current flows between electrodes at each end of a tube containing gases. This reaction produces ultraviolet (UV) light and heat. The UV light is transformed into visible light when it strikes a phosphor coating on the inside of the bulb.

The useful life of LED lighting products is defined differently than that of other light sources, such as incandescent or CFL. This is because LEDs typically do not “burn out” or fail. Instead, they experience lumen depreciation, where the amount of light produced decreases and light color appearance can shift over time. Instead of basing the useful life of an LED product on the time it takes for 50% of a large group of lamps to burn out (as is the case with traditional sources), LED product “lifetime” is set based on a prediction of when the light output decreases 30 percent.

Because LED lighting systems don’t radiate heat the way an incandescent or halogen light bulb does, the heat produced from the power going into the product must be drawn away from the LEDs. This is usually done with a heat sink, which is a passive device that absorbs the heat produced and dissipates it into the surrounding environment. This keeps LEDs from overheating and burning out. Thermal management is probably the single most important factor in the successful performance of an LED product over its lifetime because the higher the temperature at which the LEDs are operated, the more quickly the light will degrade, and the shorter the useful life will be.

Dunn Electrical Service is a proud reseller of MaxLite products. Many of MaxLite’s products are ENERGY STAR or DesignLights Consortium certified, and meet California’s Title 24 requirements for energy efficiency. MaxLite products must undergo very specific and stringent testing in order to earn these third-party certifications.